Parenting in the 20th Century vs the 21st Century 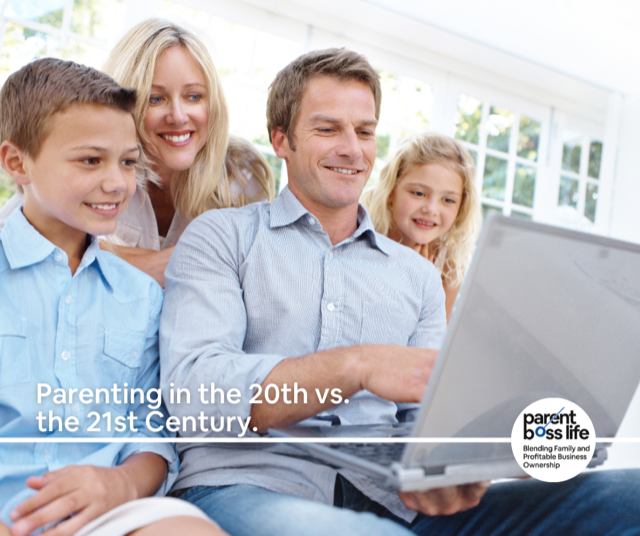 Parenting is one of the hardest gigs on the planet!

And one of the most rewarding.

Also one of the most frustrating. Add in draining, joyous, and momentous.

And many other descriptive words you can find, depending on the day!

Add to all that, running your own business.

Being a Parent Boss can feel like a monumental ask of an ordinary person at times for sure.

One of the things that I always think about is how life with kids today feels very different to how life was when I was growing up.

Life seemed simpler then. Not being tied to a phone and not being accessible 24/7.

Trust was a big factor that was taken for granted it seems. Kids were allowed many more freedoms than they are now.

They were allowed to go to friends houses and to ride their bikes around the neighbourhood. They could explore areas, all without parents being present.

As long as you were home when it got dark or in time for dinner, it was fine.

In a lot of families (definitely not all, but the majority in our experience), one person didn’t work full time and was home more. This on most occasions was the Mum.

Their main role was to take care of the family, be the main carer of the kidlets and run the house. Some worked PT, others didn’t.

The Dad worked FT and was seen as the breadwinner and was around more on weekends. That is if he worked a Monday – Friday job.

Fast forward now to the 21st Century: For the majority of many families, both parents work FT and not always Monday to Friday.

If you ask many families, the Mum is still the person who takes care of the kidlets, the home and the family side of life.

There are many, many fathers who are equal in taking care of this side too.

Then there are other families where the more 20th century roles still work in their family.

So what is the real difference between parenting in the 20th century vs the 21st century?

In my opinion, I think the difference can be summed up in one phrase – More time pressure in the 21st century equals a more rushed parent.

You may or may not agree with me on this but hear me out. Let’s use the retail sector, of which our business is in, as an example.

In the 20th century, shops were usually open 9-5 during the week, 9-12 on Saturday and closed Sunday.

No late night shopping, no Sunday trade. This allowed time away from work for employees.

And customers knew they had to shop within those times, so this chore if you will, took place during the week.

Now many stores are open 7 days a week, like ours. This means you are ‘on’ 7 days a week as a business owner, in case something happens. Our phones are never off.

Many businesses trade outside the 9-5 Monday to Friday and 9-12 Saturday like we do.

So most of the day and some of the night if you do late night shopping, you are also open, so you are mentally ‘on’ then too. Even if you aren’t physically in your business.

The working hours for us and many other families now fall outside the ‘normal’ hours of the 20th century.

And we really don’t know our neighbours or community members anymore.

The trust in your community and your neighbours and even school mates families has dipped in the 21st century.

We don’t get to know people as well.

This means then that parents are required to be more present with their kids. They go to sports practices, or birthday parties, or school events.

This then places more time pressure on already longer working hours parents. Even though, these activities are the ones that most parents WANT to be present for.

It can leave little time for being at home, doing home chores etc, like someone in the 20th Century had.

I clearly remember my Mum being very glad to see my brother and I ride out the driveway on our bikes after school, going to meet friends at the local park to play.

This gave her a good couple of kid free hours before dinner to get stuff done, have time to herself etc, before she had to start the dinner/bath/bed routine.

Often now, kids are home from school, get changed and out the door again, into the car driven by a parent to their activities.

Then, it is barreling in the door later that night, after driving through somewhere for dinner, for kids to have a quick bath, then bed.

And parents fall into an exhausted heap once the lights are out!

Chores like laundry, cleaning, mowing the lawn that my Mum did while my brother and I were out riding around, are now pushed to the weekend. That is the only time that parents have to get these done.

And it can feel like they work ALL THE TIME.

Work themselves during the week. Kids after work. Work on chores at home on the weekend. Then back to work Monday. Lots & lots of work.

Again, generalizations here but for many people that we know and some days of the week for us to, this can be reality.

Sometimes, parents think that they ‘should’ be doing certain things as a parent.

Such as cooking a nutritious dinner every night, because that is what a good parent does and it was how they were raised.

Therefore they can feel guilty for the drive through dinner they gave to their kids that night.  Because it doesn’t ‘fit’ with what they think a good parent ‘should’ be doing.

But time pressures made it necessary to just get them fed, even if it wasn’t what they ‘should’ have had.

And this right here is what I believe is the bigger factor in why some parents today feel bad about the way that they are parenting their kidlets.

They have a mindset where they are measuring what they are doing today, against what they think they ‘should’ be doing as a parent.

That was based on what they saw, or how they were raised themselves, in a different century.

The problem with that thinking is that the 2 time periods that they are measuring what they ‘should’ be doing are substantially different.

Life is not the same now as it was then.  So you would think that trying to be the same parent now as you had then wouldn’t be possible.

But many Parent Bosses try to be that parent anyway and it can really bring mental anguish and guilt into their thoughts.

They mentally beat themselves up because they ‘should’ be doing this.’

Or their spouse ‘should’ be doing that, and they become unhappy with their lives.

Their preconceived mindsets are placing unfair and non realistic pressure on their life today.

Mindsets can be funny things, as they frame how we look at things and sometimes we don’t even know we are doing it.

What mindset do you have as to what is a good parent?

What do you think is the difference between being a parent in the 20th century and the 21st century?

Are your mindsets formed from growing up in the 20th century, making it hard to parent in the 21st century, as life has changed but your mindset on what makes a good parent hasn’t?

If your mindset is making life hard for you, how do you change it, so you can get more time and work less?

If this is is something that is an issue for you and your family, or me asking these questions has made you stop and think that maybe you DO have mindsets that are putting pressure on you in your Parent Boss Life today, then join us on our upcoming 3 day challenge.

We examine some of these mindsets and how they can place unrealistic pressures on you in your Parent Boss Life today.

We will look at these with you and you will come out of the challenge with a way to ease the time pressure in your life and get more space to spend with your loved ones!

Click here to register for our next upcoming challenge! 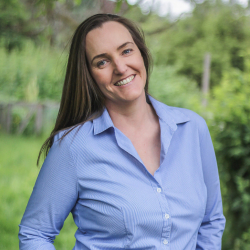